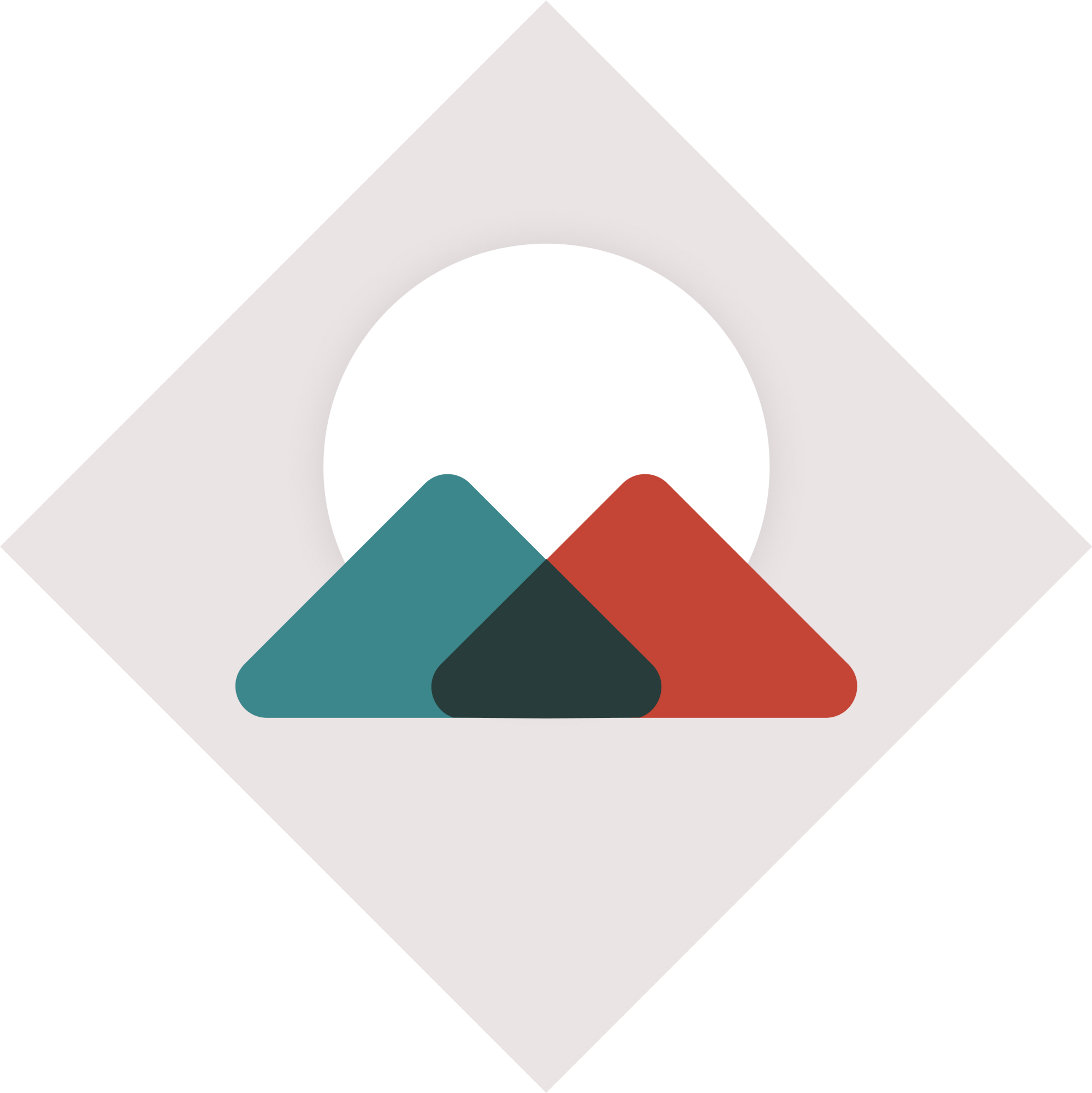 See here for a report on the Fund's first grantmaking round in December 2022.

Longtermism is the idea that making sure the long-term future goes well is a key moral priority of our time. The ideas are covered extensively in What We Owe The Future by Giving What We Can’s cofounder, Will MacAskill. You can also learn more about this idea and find further resources in our page on safeguarding the long-term future.

What kind of work does the Longtermism Fund support?

The fund supports work that:

The Longtermism Fund aims to be a strong donation option for a wide range of donors interested in longtermism. The fund focuses on organisations that:

There are other funders supporting longtermist work in this space, such as Open Philanthropy. The Longtermism Fund is managed by Longview Philanthropy, which works closely with these other organisations, and is well positioned to coordinate with them to efficiently direct funding to the most cost-effective organisations. See our FAQ for more information on why you would donate to this fund given there are other organisations funding similar work. Giving What We Can and Longview do not take any fees for managing the fund.

The Longtermism Fund's first round of grants are going to the following organisations:

Read more about these grants in the Longtermism Fund's December 2022 Grants Report.

Why donate to the Longtermism Fund?

We think there are three main reasons to support this fund:

Why safeguard the long-term future?

Making sure future generations flourish may be the key moral priority of our time: there are far more people who could live in the future than have ever lived — but only if we give them the chance to live at all. If you think these future people matter, then choosing to support organisations that could give them that chance may be the most impactful decision you ever make. This idea is associated with longtermism, and is covered in depth in What We Owe The Future, written by Giving What We Can’s cofounder, Will MacAskill.

The immediate risks to our future may be so large that addressing them could still be one of the most cost-effective ways of improving the world, even if we only consider how they affect people alive today. Giving What We Can’s other cofounder, Toby Ord, estimates in his book, The Precipice, that there is a 1-in-6 chance of an existential catastrophe within the next century. For example, with recent developments in biotechnology, the risk of engineering a pathogen sufficiently lethal and contagious to end civilisation has increased.

If we are living through a time as dangerous as Toby Ord suggests, then this means that one of these existential catastrophes could be among the most likely causes of death to you and most people you know. Depending on how large you think these risks are, and how much you think the kind of work this fund supports might reduce them, you may conclude that donating to the Longtermism Fund is among the best ways you can have an impact on people alive today. If you care about the potentially vast number of future people, your impact could be difficult to comprehend.

Why use expert grantmakers to inform where your money goes?

Working out how to improve the long-term future in the most cost-effective ways is not an easy task. Longview Philanthropy works free of charge to help donors have as much impact as possible. They have received substantial praise from other reputable grantmakers, philanthropists, and researchers:

Longview’s advice is extremely in demand, and in order to make the best use of their time, they have generally only worked with high-net-worth individuals giving at least $1 million USD per year. By donating to the Longtermism Fund, you can use this expertise to inform your donation, free of charge.

If you’re interested in learning more about Longview, we recommend our recent video with one of the fund managers: Longview’s co-CEO, Simran Dhaliwal.

Why donate through a fund, rather than by yourself?

Funds make it easier to ensure that effective organisations receive the funding they need, when they need it. Donating through an expert-led fund is often a much more effective way to support a cause than donating individually — even if you and the fund support the same organisations.

This is because individual donors aren’t able to easily coordinate with each other, nor the organisations they support. Whereas if they donate together through a fund, the fund manager can:

As a result, donors might prefer funds because their money can often be allocated more efficiently and effectively.

But organisations also often benefit from the fund model. This is because:

In general, because a fund manager can spend more time investigating and supporting organisations than individual donors, funds are often a highly cost-effective donation option.

A final advantage of donating through a fund — and donating generally — is that you become part of a community. By supporting the Longtermism Fund, you’re donating with others who also care about safeguarding the long-term future. Your support shows politicians, policymakers, and other decision-makers that there’s public interest in recognising the importance of future generations. If you take action, it’s more likely they will too.

Why might you not donate to the Longtermism Fund?

We want donors to make decisions that best align with their values. With that in mind, there are several reasons you might choose not to donate to this fund.

You might instead want to donate to other cause areas if you don’t find longtermism compelling, and don’t think reducing existential and catastrophic risks is the best way of improving people’s lives today. You might think this because:

While we think most people will likely do more good by relying on experts, there are certainly cases where people can do more good if they choose where to donate themselves. Here are some examples:

You prefer donating to causes with more room for funding

Longtermism is a relatively new movement, but it’s been growing quickly — and the amount of funding available has grown particularly quickly.1 This doesn’t mean that additional funding doesn’t have value, as discussed in this report written by Giving What We Can’s researcher, Michael Townsend. However, some donors may prefer areas that have more room for funding (such as global health and development).

The fund’s grantmaking will be informed by all of Longview’s work, and therefore everyone in their team plays a role. The fund managers are:

How are grants decided?

Longview Philanthropy aims to fund the most cost-effective organisations that fit within the fund’s mandate. Longview’s evaluation of cost effectiveness is informed by its past and ongoing work trying to find the most impactful longtermist organisations, as well as the work of other funders, such as Open Philanthropy.

Often, this will involve making grants to organisations where Longview’s team are especially involved (for example, having provided early funding, conducted thorough evaluations, or helped found the organisation). In other cases, Longview’s judgement of cost-effectiveness will be based on its judgement of evaluations done by other funders.

The size of the grants will be determined based on the resources given to the Longtermism Fund and the overall funding needs of the organisations being considered.

What’s the difference between the Longtermism Fund and the Long-Term Future Fund?

We think the Long-Term Future Fund is an excellent donation opportunity for donors with a lot of context on effective altruism and longtermism, but being accessible or legible to the broader public is not integral to the fund’s grantmaking — intentionally so. Instead, the Long-Term Future Fund has primarily worked within the niche of providing small to medium grants to individuals or early organisations. Often, this involves supporting researchers early in their careers, or highly targeted outreach efforts promoting longtermism. While we think this is extremely impactful, we expect many donors (especially those who are newer to the longtermist community) will prefer to support larger organisations whose work requires less context to understand. This fund aims to support those donors.

Given there are other organisations funding longtermist work, why should I donate to this fund?

We think, from a longtermist perspective, the value of additional donations is still significant, even after taking into account the amount of funding currently available. And we think this fund is an excellent way to make sure your donation goes to an organisation that has been evaluated by experts as a cost-effective way to improve the long-term future.

Yet, other donors funding similar work can have important implications for how valuable additional donations are — this is discussed more in the next question.

Will the Longtermism Fund’s grants cause other donors to give less to the same organisations?

In many cases, major funders will react to Longtermism Fund grants by making smaller donations to the recipient organisations. These funders will then have resources freed up for supporting other longtermist projects, which we see as a good thing. However, if your values differ from these other funders, then you may disagree.

We suggest looking through Open Philanthropy’s longtermist grants to inform whether your values are in fact aligned with other funders supporting longtermist work. You can also see some of the organisations Longview Philanthropy has supported in the past, but it is worth noting that many of their grant recommendations are not public.

Not at this stage. This is something we intend to review within the first year of the fund.

This fund meets our criteria to be a top-rated fund because it is managed by one of our trusted evaluators. Read more about how we decide our giving recommendations in our inclusion criteria.

Giving What We Can does not take any fees from donors using our platform or from charities listed on our platform. We are independently funded to promote our mission of making giving effectively and significantly a cultural norm. Read more on our transparency page.
Your current selection